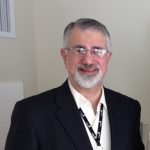 The visionary and head of VBC’s operations, Mark “The General” Shirin launched the first ever retailer-owned broadcast television station when he decided to form a broadcasting sub-division of his family’s retail electronics and appliance store, Ventura TV Video Appliance Center, Inc., that was started in 1951.

Mark is the driving force behind VBC’s explosive expansion, going from a single channel operator, to a small network of nearly 30 channels representing some of the country’s best rated television networks. 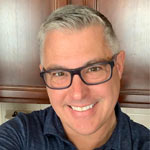 Todd brings over 25 years of media experience to his current position as head of Broadcast Operations. He has hands on experience in every position, beginning with hanging around doing odd jobs as a thirteen-year-old, to performing in front of and behind the microphone and camera. Well known for his organizational skills and business acumen, Todd has operated both large and small broadcast companies, both as manager and as an owner. He holds a bachelor’s degree in Journalism from our own Fresno State University. A model train enthusiast, Todd enjoys collecting and repairing model trains for friends and fellow hobbyists. 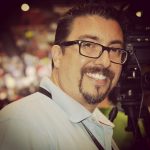 The creative drive behind Ventura Broadcasting Company’s branding and marketing, Ara has over 20 years of knowledge and experience in the on-air, online, and print media industry.  Ara played a key role in helping launch MeTV Fresno, VBC’s first and highest rated television network, and still continues to play a key role in the day-to-day operations of VBC’s Fresno, Idaho, and Colorado television stations.  Ara also serves as Co-Creator, Executive Producer, and Director of all local programming.